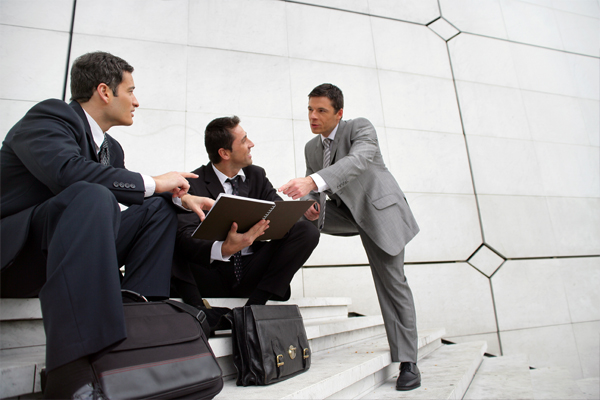 One of the prerequisites of PERM advertising is knowing the prevailing wage rate for green card petitioners in the area where the job will be performed. This particular information differs among states, so firms must be aware of the differences between states. Because each state’s Department of Labor is responsible for determining this number, the sources vary.

Therefore, for attorneys and immigration-based law firms that deal with PERM advertising, it is important to know which states have the highest prevailing wage rate. They also must know what type of jobs is on demand in these states. Based on a report released in 2016 by MyVisaJobs.com, the top 5 states that had the highest prevailing wage for green card petitioners in 2015 were Wyoming, South Dakota, Maine, North Dakota, and West Virginia.

With an average salary of over $148,000, the state of Wyoming takes first place for having the highest prevailing wage rate in 2015. However, the majority of the green card petitions coming from the state are for teachers and jobs related and involved in the field of medicine.

Being a doctor in South Dakota pays well according to the 2015 prevailing wage rates.  The average salary from the 56 petitions filed last year was around $147,000. Jobs petitioned in the state’s DOL are mostly in the field of medicine including physicians, surgeons and nursing assistants, although teachers have also petitioned.

The state of Maine is also another generous state, having average wage at around $139,000 for green card petitioners. Just like Wyoming and South Dakota, green card petitions in Maine include a lot of jobs in the medical industry. However, petitions in this state also include information technology jobs such as computer programmers and software developers.

Salaries of jobs petitioned in the state of North Dakota averaged at around $132,000. Moreover, doctors comprise a large chunk of the petitions made in North Dakota. This is followed by IT jobs and those in academics.

For assistance with your PERM advertising case, please email us at info@parkadvertising.com, call us at (212) 581-8877. You can also request a free quote online!

Make the PERM Process a Breeze with Park Advertising

Where to place your job advertisement? 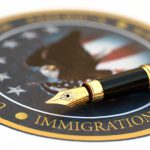 PERM Certification: The Basics You Need To Know 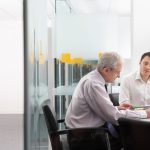 Please don't hesitate to contact us if you would like to discuss your next PERM Advertising case.

What do we need to provide when we want a quote for services?

Please provide the ad text as well as the services requested. Many of our clients request specific media sources, but if you are unsure, we would be glad to make a recommendation.

Are we required to prepay?

Yes. We will provide you with a payment form, which needs to be sent to us along with your approval to proceed with an ad.

Can we start the 2 Sundays over a holiday weekend?

There are no regulations on this matter but many of our clients prefer to avoid starting the PERM recruitment cycle over the holidays.

How much does an advertisement cost?

The cost to place a PERM ad all depends on the word count and the city where the position is being offered. Once you send over your ad text to your Park representative, we can reach out to our newspaper reps to get you a precise quote.

Do you take screenshots of the online ads?

We take screenshots on the first and last days that the online ads are live.

How do you deliver the tearsheets?

All of our newspaper reps are directed to mail the physical tearsheets to our clients’ addresses, and once the 30 day PERM advertising cycle is complete, Park will deliver an Etear package in a single PDF.

Are you able to make a suggestion if I don’t know how which newspaper to advertise in?

Yes. Park is happy to make suggestions of which newspapers to advertise in based on our wealth of experience and industry research.

How long do online ads need to run?

Most of our clients have the online ads run anywhere between 7- 30 days.

How long does the SWA ad need to be live?

Regulations require that the SWA ads be live for 30 days online.

How many radio spots do we need to run?

While there are no regulations on how many radio spots are required, we recommend a minimum of 2 spots.

Park Advertising prides itself on hiring an exceptional staff comprised of experienced and talented individuals. The nature of this industry makes it necessary to hire skilled personnel with the ability to thrive within a knowledge-driven atmosphere. We actively search for individuals who operate under our corporate values of honesty, professionalism, and responsibility.

Our diverse and outstanding staff works together to create a relaxed, yet service-oriented atmosphere that puts our clients as our top priority. Individuals interested in applying for a position at Park should submit their resumes, cover letters and/or other inquiries to careers@parkadvertising.com.

Our experienced staff remains up-to-date on all Department of Labor restrictions on Labor Certification. We handle all of your advertising placements, prevailing wage determinations, and job orders with the utmost care. We realize the importance of privacy and you can be confident that your information is safe and secure at all times.

A Streamlined Process with Cost Saving

Filing a PERM Labor Certification is an increasingly complex process. As a law firm or legal service provider, you should not be impeded from providing your clients with high quality services due to the complex and time-consuming nature of PERM immigration advertising.

As a single, centralized point of contact, Park Advertising can handle all of your immigration-based recruitment advertising needs. Our streamlined and effective approach allows you to focus on the big picture, while leaving the time-consuming and nuanced details of the process to our industry-leading experts.

At Park, we emphasize the importance of close client relationships highlighted by frequent communication regarding your specific needs. The close connections that we establish help us work with you on an individual basis to facilitate all your labor certification needs, beyond just the simple placement of recruitment advertisements.

Our results-oriented approach to client relations allows us to provide you with the highest quality service and support for both current projects and future engagements.